Management of the Corn Rootworm Complex 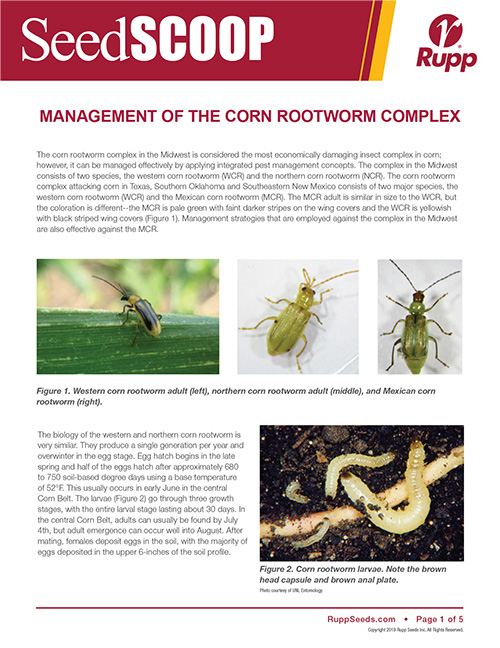 The biology of the western and northern corn rootworm is very similar. They produce a single generation per year and overwinter in the egg stage. Egg hatch begins in the late spring and half of the eggs hatch after approximately 680 to 750 soil-based degree days using a base temperature of 52°F. This usually occurs in early June in the central Corn Belt.

Learn more about the corn rootworm complex and how to manage it in this issue of SeedScoop.

Management of the Corn Rootworm Complex
Back to List